HootSuite enables users to build many social network streams on one interface screen. Hootsuite app offers a different feature for all you people who operate on different social networks simultaneously. But it is kind of difficult for people who aren’t good at classifying information. END_OF_DOCUMENT_TOKEN_TO_BE_REPLACED

Sobees for Facebook which is now known as Sobees lite is a fully functioned iPad application for facebook lovers with a smart and stylish interface.The application is specially developed for the large screen of iPad and has a newspaper like appearance.

Since there is no other dedicated iPad application for facebook and there is no sign of an official release from the social Network. Sobees iPad Apps is getting immense popularity among users. The application is available in the Apps store and is listed for free download.

Here are some of the great features provided by Sobees :

END_OF_DOCUMENT_TOKEN_TO_BE_REPLACED

There are different kinds of apps introduced as soon as after the launching of iPhone 3GS in market. Some of these apps are free and some are paid one. Most of freely available iPhone 3G / 3GS applications can be obtained from various resources. One can easily enhance the functionalities of his iPhone without any cost. These free iPhone 3G apps can be selected according to choice and requirement. 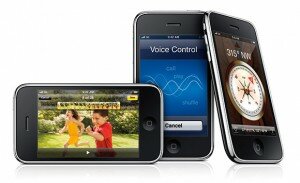 It gives an assistance to manage the personal online accounts. This app provides facility to monitor credit card transactions, banking and investment accounts. It is working well with most of the banks including Chase, United, Bloomberg, Bank of America and many others.

This is an important iPhone version of a well known food site All recipes.com. This site contains a lots of easy and quick food recipes. It includes with number of food expert reviews. One can easily find a recipe for a selected food.

This is an important task management app. It gives facility to control the tasks on iPhone. Tasks entries can be easily and automatically synched with desktops. This app can also be utilized to manage and organize the contacts into various groups.

This is freely available version of social networking iPhone app of AIM. It allows someone to connect with friends through EDGE, Wi-Fi or 3G networks. It has many useful features including an optional notice on every SMS receiving and multiple screen configurations. One can be stay connected at every time to view the status, updates and expressions.

This app provides an electronic edition of a paper-based document record. This iPhone app allows someone to monitor the account balances for various transactions. It can be synched with computer through a password protection feature for transactions of an account.

It is another freely available iPhone app that allows someone to share photos with friends and family.

It is included in the billionth downloadable apps from App store of Apple. It is very simple iPhone app that provides a facility for transfer of contacts from one iPhone to another by somewhat synchronizing two iPhones.

This is nice iPhone app generally used to check the share prices. It facilitates with long and short termed stretched graphs for iPhone users. It provides all the information about each share. One can also get price information of indices, commodity and oil.

One can browse the BBC News streaming using this important iPhone app. It provides a slide show of top story images on iPhones. One can easily access the BBC even in the low reception of a 3G spot.

This is a useful iPhone app generally used for conversion of various currencies. It provides helpful information about rates of different currencies.

One can easily give the comic touch to his photos using this iPhone app. It gives a text editing facility in different balloon shapes for different subject thoughts.

It is a free iPhone app of Dictionary.com. It provides world-class reference content from Thesaurus.com and Dictionary.com sources. It has more than 80,000 synonyms and 275,00 definitions. It has also an audio punctuation feature, which spell the correct words and pronunciation.

This is a freely available iPod touch or iPhone app. It is included in the top 10 free iPhone apps. It provides a useful feature for training a dog through different tricks available in this iPhone app.

It is helpful iPhone app for file management. It lets someone to view, manage, transfer and store files through other iPhone or computers in the same Wi-Fi network. It provides a facility to access the public and local servers on internet without or within a Wi-Fi connection.

Everyone looks for a dictionary app on iPhone. This is considered a best freely available dictionary app for iPhone users. It has many interesting features including voice and thesaurus.

This iPhone app is certainly helpful to compose emails. It facilitates with a landscape view of alternative interface for typing in the iPhone. It provides a functionality to zoom and pinch the text for adjusting its size. One can easily keep track the text of every incoming text message, call and email.

END_OF_DOCUMENT_TOKEN_TO_BE_REPLACED END_OF_DOCUMENT_TOKEN_TO_BE_REPLACED

Facebook is social networking site launched in February 2004. The founder of Facebook is Mark Zuckerberg and he founded it with his college roommates and fellow computer science students Eduardo Saverin, Dustin Moskovitz and Chris Hughes Popularity and circle of Facebook is growing day by day as more and more are joining it.

Some good things about Facebook are that you can easily create and maintain your profile. You can daily update your status. In your profile, you can write about relationship status, political views, religion, activities, hobbies, interests, favorite music, favorite movies, favorite TV shows, favorite quotations, favorite books, about me information, contact details and education and work.

The best thing about it is easy interaction with friends and best privacy policy. You can add many applications to your profile with an easy way to access. Invite your friends and family members to groups; share your photos, links and videos with them.

The boring thing about Facebook is that it got very simple design and that is white background with blue margins. No additional themes are available for it as compared to other social networking sites like Orkut, to give your Facebook profile a new and unique look.

END_OF_DOCUMENT_TOKEN_TO_BE_REPLACED

There are so many people who love Ubuntu Linux and there are such people also who really don’t know anything about Linux at all. Here are the 10 best things which make Ubuntu 10.04 worth caring about.

This is the final GNOME release for 2.x before its major up gradation to 3. Of course 3 will be great also, and this will be last time when you will see your favorite 2.x GNOME in Ubuntu flavor. 2.30 GNOME is great as I experienced. As far as GNOME 3 is concerned I think that will succeed where KDE 4 failed in being a useful desktop upgrade right out of the starting gate.

Ubuntu 10.04 has done away with HAL (Hardware Abstraction Layer) during the boot process. This really boots up within 10 seconds and removal of HAL also drastically speeds up resume-from-suspend times for those of you in laptop land.

The Me Menu, which is built upon the Gwibber framework enables you to interact instantly with social networking sites. It also haves multi-column view so that you can monitor more than one social networks at a time.