HootSuite enables users to build many social network streams on one interface screen. Hootsuite app offers a different feature for all you people who operate on different social networks simultaneously. But it is kind of difficult for people who aren’t good at classifying information. END_OF_DOCUMENT_TOKEN_TO_BE_REPLACED

It is the best time saving application in your iPhone. You can organize and make notes by just speaking and this application will automatically converts your voice message into text message. So there is no need of typing the text on your iPhone screen.

END_OF_DOCUMENT_TOKEN_TO_BE_REPLACED END_OF_DOCUMENT_TOKEN_TO_BE_REPLACED

My first impressions were WOW! as Google announced the launch of a it’s new 3D layer for Google Earth. By far it is one the most extensive collection of three-dimensional buildings at on GE location. The model depicts Rome in the year 320 AD – at the peak of its development with over a million inhabitants.Â  At this time it was the largest metropolis in the world and it wasn’t until Victorian London, 1500 years later, that another urban city surpassed Rome.Â  Because of its size and importance, Rome may be one of the most-studied cities in history.

Google said that it is part of it’s continued effort to make exploration and learning about Ancient Rome both easy and fun. By loading this new layer in Google Earth, ” students, teachers, tourists and historians can:

Ancient Rome 3D is one of the most extensive collections of three-dimensional buildings – and the first ancient city – to be found on Google Earth. Within the Ancient Rome 3D layer users can visit the Roman Forum, stand in the centre of the Colosseum, trace the footsteps of the gladiators in the Ludus Magnus, stand on the Rostra, swoop over the Basilica Julia, fly under The Arch of Constantine or even examine the detail on the facade of the Basilica of Maxentius.”Â  The Press Release By Google Stated.

END_OF_DOCUMENT_TOKEN_TO_BE_REPLACED 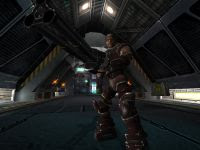 END_OF_DOCUMENT_TOKEN_TO_BE_REPLACED

I have tried to collect here some of the slang used around the Internet in chat rooms and forums and on IMs. Bookmark this for future reference.

AFAICR/S/T – As far as I can recall / remember / see / tel
AFAIK – As far as I know
AFK – Away from keyboard
ANFSCD – And Now For Something Completely Different. Used to change the subject of conversation.
ASAP – As soon as possible
ASL – Age / sex / location
ATEOTD – At The End of the Day
ATM – At the moment
AWOL – Absent Without (Official) Leave
AYBABTU (also abbreviated as AYB) – All your base are belong to us (from the video game Zero Wing)