END_OF_DOCUMENT_TOKEN_TO_BE_REPLACED

Since film viewing has been digitized, there are millions of file formats software and devices use for their video clips. Nowadays no matter which file format your clip is using, it never seems to be compatible with the software or device where you’d like to use it. This could mean anything from, not being able to read, unsupported format missing or out-of sync audio, to picture problems, and sometimes the movie won’t play at all.

There are various solutions to this problem, but the simplest and best solution is, to gear yourself with a video file converter.

A video file converter tool is software that will re-encode your file into the format you require or even for the exact device where you’d like to play it on, such as you cell-phone, mp3 player, etc.

This doesn’t cost you a dime, as there are a host of excellent free software tools that provide all the functionality you’ll ever need, and the 5 best of those are as follows:

Output file formats include all the main PC video and audio formats, and the program also supports creating 3GP and 3G2 files for mobile phones, along with clips for most of the popular mp3 players and mobile devices. END_OF_DOCUMENT_TOKEN_TO_BE_REPLACED

The new LG GD880 Mini is an innovative mobile that offers a great combination of latest technology together with a stylish design.

Having a touch screen, the phone measures 102 mm x 47 mm wide and weighs only 99 g. The phone promotes social networking and offers great internet connection. It also has a 3.5 mm audio jack and a broad phone book that can retain up to 1000 contacts.

The GD880 Mini boasts a 3.2 inch TFT touch screen that displays 256,000 colors, giving some impressive and vibrant images. The phone also supports multi-touch for easy navigation. In order to keep the screen safe for a longer time, the display screen is equipped with a scratch resistant surface. The phone also has the capability to automate certain tasks through accelerometer and proximity sensors.

END_OF_DOCUMENT_TOKEN_TO_BE_REPLACED

Although you might be thinking that February 14th is still days away, but time flies quickly and before you know it, valentines day will be here.

So, what to get for your loved one this valentines? Some people go for heart-shaped boxes of candies, others choose sweet things like cute, plush toys, but according to us, there is nothing like a nice cell phone to keep you connected at all times.

Therefore, here is a list of some of the trendy phones that your loved one will surely find irresistible.

Ok, all phones apart, there is nothing like the iPhone 3GS. Giving you endless hours of entertainment with thousands of apps, superb web browsing capabilities and awesome user experience, it is the best present anyone can give, i.e. if you can afford it.

END_OF_DOCUMENT_TOKEN_TO_BE_REPLACED

iTunes is not so good, that nothing can beat it, and it is also not so fast music player, but because of its fame it is known to everyone. But if you are using iTunes as your basic music player then, there are some add-on which can improve your experience of iTunes. Here take a look.

Now, if you don’t have an iPod and don’t wish to have it in future, then it is really helpful for you, because with iTunes Sync you can sync iTunes with any other MP3 player, it is a Windows only program, and it doesn’t matter if it is of any other brand, every brand is fully supported. If you wish to see Mac alternatives then iTunesMyWalkman will surely do your job.

END_OF_DOCUMENT_TOKEN_TO_BE_REPLACED 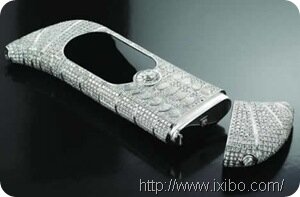 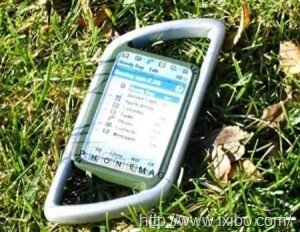 END_OF_DOCUMENT_TOKEN_TO_BE_REPLACED

Samsung has recently launched a new music handset, named as M5650 Lindy. The phone is said to be the successor of the Corby S3650 and resemble a lot to the phones that Samsung included in the Corby line.

The new Samsung M5650 Lindy comes with a touchscreen display, along with some specific features for a music handset, including external control keys, MP3 player, FM radio, and a 3.5mm headset jack.

Some of the other specifications include:

END_OF_DOCUMENT_TOKEN_TO_BE_REPLACED

Nine Things Mobiles Have Made, Or Will Make, Obsolete

Mobile Industry is growing day by day and the reason for this is the variety of features that are being offered by these mobile phones. Following are the few things that have become outdated because of mobile phones offering the similar functions:

END_OF_DOCUMENT_TOKEN_TO_BE_REPLACED

The new Sony Ericsson Aino can truly be called a true multimedia computer. The best feature about the Aino is that it can seamlessly connect to your PC or your PS3 and stream content from either device anywhere in the world.

This means that you can stream your music, videos, even live TV, with the facility to pause, rewind and record, anywhere in the world straight to your Aino over an Internet connection.

It also comes with an 8 megapixel camera, MP3 player, GPS and pretty much everything else you’d expect from a top end mobile phone. It also includes GPS, WiFi, HSDPA, video recording and Google Maps into the mix, making it seem more like a feature phone.

END_OF_DOCUMENT_TOKEN_TO_BE_REPLACED

We are back with another edition of Top 5 Gadgets of the Week for our readers. we hope that you will enjoy reading about these gadgets and my like to buy some of them. May be all of them..! Our team’s favoriteÂ  is the iWear AV310 wearable display. Which one is your favorite? Do share with us through comments. Enjoy the Gadgets…