END_OF_DOCUMENT_TOKEN_TO_BE_REPLACED

As we all know the ever growing technology of an iPhone and the great boost in the iPhone apps, which are available over the internet. Here we are just acknowledging some of the best iPhone decor apps that are dramatically useful for the home designers. If your device that is iPhone can help you in your work for designing, then you can work even in your bedroom, launch or anywhere as it is portable and reliable.

For all the home design décor software for iTunes, you can make your work easy and implement your creative ideas. Even if you are planning to work from home on iTunes or art designing, following four comprehensive and assisting décor apps will help you to achieve your goals in home designing using iPhone. 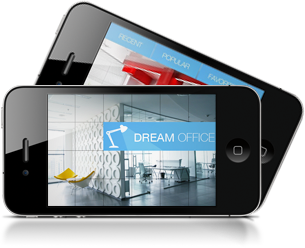 After the great success of 2D designing, 3D designing is becoming very famous due to its great approaching techniques. So this iPhone décor app is very famous for other designing applications for many home designers. It is different from others because it is using the latest and modern 3D modeling structures. Architects are using it widely for 3D virtual design of different buildings.

END_OF_DOCUMENT_TOKEN_TO_BE_REPLACED

How to Sync iPhone 4 with iTunes

Syncing your iPhone 4 with iTunes is not difficult. If you have an iPhone 4 and you want to have it synced with iTunes, you just need to follow a simple procedure and you will get done with it. Following are some details about the procedure.

Syncing your iPhone 4 with iTunes

People who owe iPhone 4 and get that synced with their iTunes account are showing positive response regarding this. They love this feature. It is quite interesting as well. The beginners may not have much idea and knowledge about it, but they shouldn’t worry. It is quite easy. It is to inform the starters that you have got a lot of options to get synced the following features of your iPhone 4. These features are photos, videos, contacts of your phone book, calendars; you Email settings, Notes, Ring tones, Bookmarks, Music, Web page bookmarks, books, audio books and Pod casts.  This is really interesting and appealing.

Steps for Syncing Between iPhone 4 and iTunes

There are several simple steps that you need to follow in order to execute this and setting up your iPhone for syncing.