How to Backup PSP Game Data?

Computer games nowadays are one of the most useful sources of enjoyment for this modern and fast world. Games play a very important role in an individual’s daily life. For instance, a brain that is used for 8 hours daily in office or for any other routine works need some break. A person requires something that takes him out from his boring routine life.

Here, Games could be very helpful to maintain his work efficiency by keeping him fresh and ready fro the upcoming tasks. In this article we would be discussing some basic problems that a person can encounter related to computer games. There are some big games that save the progress you make in the game. Next time when you start playing your game, it actually loads the data from that particular saved file. Now, a person would never like to lose that progress he made in the game as it will be very boring to restart.

This write up focuses to guide you, how could you save yourself from such an irritation? The solution is simple, all you need to do is create backup for those saved files. Coming paragraphs will help you with the procedure.

For the purpose, we will be requiring software called Sony Media Go. This will help you to make backup of your PSP game data.

Creating Backup of Game Data in you Computer:

As the above requirement is compiled, use USB cable to connect your PSP with your computer. Your PSP should be set at USB mode for functionality. (Go to PSP settings -> USB connection and change the settings according to the requirement.)

Run the Sony media go on your computer. Your PSP should be displayed on left of the main Navigation menu.

END_OF_DOCUMENT_TOKEN_TO_BE_REPLACED

People use the online storage and image sharing sites too much. These sites connect the people living in the far off places in the world. The basic purpose of these sites is to connect people socially, across the world. They share photos, videos, and personal daily life experiences. Such sites have reduced the distances and time. The world has turned into a virtual global village. So we do not feel any distance between our friends and relatives all over the world.

There are thousands of such sites through which you can share your photos and videos and your experiences with your friends. But the most famous and widely used ones are given below: 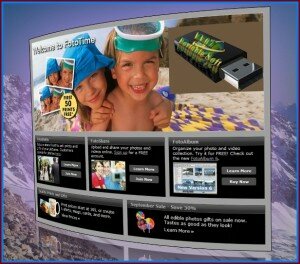 Google services remained always in competition with all other service providing companies and play a significant role for this purpose. Google launched an internet storage utility for public to make a contribution in the generally used services of Amazon.com. Recently, Google introduces the earlier version of this internet oriented storage system. Internet services of already well established Amazon’s simple storage services, Google present a safe, reliable and very good data storage service which also gives an easily accessible processes for the developers.

Special features of this service

This service provides the easy and low level access to the Net storage utility. All the websites on the internet precisely count the data application which might be carry necessary and required information for both of the site owners and customers. Google used a model of utility computing for the purpose of counting and charging to the customers.

Google introduces the I/O conference utility among its most important available important services. This provides the very easy access, safe and sound storage, fast and reliable sources to the developers on low cost and friendly usage. In the introductory and early version, this is only first available now for the limited and particular US developers. This early version provides the capacity of 100 GB data storage and 300 GB data communication or transfer every month. Now, with service of Amazon’s S3, there are different charges for different sub services as 17 cents per GB/month for data storage, 10 cents per GB for data uploading services and 15-30 cents per GB for data downloading services. So, these prices of S3 services are more complex for the developers if there is a lot of usage regarding to data storage, data uploading and data downloading. As Amazon charges the prices for its premium level, up to 15 cents per GB to the use of every first 50 terabytes of its storage.

Big Query and Google storage prediction interfaces are now demonstrating the data storage services also. These can be utilized to handle the data in respect of its usage and analysis. These are similar to the machines which are used for the special purposes of recording data history, data handling and analysis. This is very reliable and precise, so that can be avoided from the mistakes and anything wrong happening with data. These services play an important and significant role regarding to the applications of products, assessments, blogs, routs, tweets and many other important assessments.

END_OF_DOCUMENT_TOKEN_TO_BE_REPLACED

Whether you have the latest smartphone, or the simple candy bar handset, social networking has become an essential element of any mobile phone. This has led to the world’s largest social network, facebook to release a much smaller, text-only version of its mobile site called Facebook Zero.

This low bandwidth networking site has been designed specially for those who regularly use Facebook on their mobile phones. Thus irrespective of the type of mobile and the connection, all mobile users will be able to see the new updates quickly. The new site will be launched anytime in the upcoming weeks.

According to the facebook people, more than 100 million people now log onto Facebook from their mobile phones. Thus the new site will help the operators to free up critical bandwidth on their networks.

Race Around Your Streets On Ovi Maps Racing

If you love to speed up and wish to race around in your local town, then be thankful to Nokia as your wish has been granted by the Ovi Maps Racing .

It is the first location-based mobile game launched by Nokia, in which players can navigate through the location of their choice and race around the block as the wish. The tracks are generated runtime by utilizing actual map data by NAVTEQ and the GPS technology of the mobile handset.

However, unfortunately you will only have three racing cars to choose from, while touch controls allow you to move your car around.