Need to shop a desktop or laptop for your children who are ready to get back to their school. We are presenting here some suggestion for buying a good laptop that are ranging from entry-level to high powered quad core processor machines.

lets have a quick look at the laptops that you may want to buy.

It’s difficult to ignore a laptop that has the price tag of 350$ only, a good television were not this low cost five years ago. But the question arise after seeing such price that what I am getting for such price.

Toshiba Satellite L305-S5955 is one of the entry-level laptop that we choose for our Back-to-School roundup. Its not only the price tag of 350$ catches our attention but its quality also. We can have 15.4” display with all the necessary component like 2.2GHz Intel Celeron 900, 2GB, DDR2 800MHz memory, 160GB 5,400rpm hard drive, Intel GMA 4500MHD graphic card with Microsoft Windows XP Home Edition and its weight is just 6.5 pounds.

END_OF_DOCUMENT_TOKEN_TO_BE_REPLACED

When you decide to spend more than a grand on a computer these days, you expect a 2+ GHz processor, 4+ GB RAM. Ever thought wheat you could get for spending a 20 Grand? aka $20,000 USD.. Well I can help you buy a computer with 64 Kilo byte of RAM. At the time it was manufactured, the builder thought “who’s going to need more than 64KB of RAM?”

These are mean, bulky and ugly machines from past but they are getting this hefty price because they work. (Run, check out your garage, see if you have a treasure in your attic? If you have one.. take some pictures and post it for auction on eBay. I wonder how rich that basement guy must have become, since he had the most expensive of all old computers… enough of my ramblings.. enjoy the price tags and junk that you can buy for that. I can’t afford these, I know that for sure.

Presenting the ugliest computers from the past that came with outrageous price tags. Enjoy!

END_OF_DOCUMENT_TOKEN_TO_BE_REPLACED 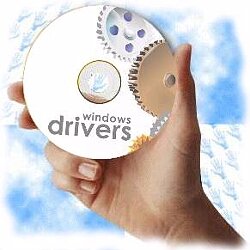 al Driver CD in and Windows will automatically search the comprehensive drivers. This CD, (Iso format) contains software drivers for over 70,000 hardware components from brands such as Dell, HP, Compaq, IBM, Sony, Toshiba, Panasonic, as well as hardware component manufacturers Intel, 3Com, VIA, nVidia, ATI, SoundMax, and many more…
END_OF_DOCUMENT_TOKEN_TO_BE_REPLACED