END_OF_DOCUMENT_TOKEN_TO_BE_REPLACED

Recently, there has been talk of an Android Tablet launching. Its main competition is said to be the iPad, which seems to be doing quite well. Verizon and Motorola are said to be teaming up for this very reason.

Over the past few months, there have been various reports of Verizon discuss Android Tablets. However, it has recently been discovered by the Financial Times, that Verizon and Motorola are teaming up. This union is taking place so that they can develop the Android Tablet.

This Tablet will have dual cameras. Another feature will be an Adobe Flash Support. This software underpins 90per cent of web videos. 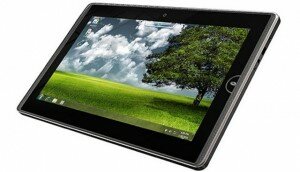 Another interesting fact seems to be that Motorola also makes a Verizon FiOS set-top box. Sources have reported to The Times that, the television tablet may also be grandfathered into the same technology. Only time will tell whether this is possible or not.

It has been stated that the union of both these companies will be good for the development of such an advanced tablet. It seems that their teaming up is due to a special target. This target is to chip away at a market established by Apple’s very popular iPad. END_OF_DOCUMENT_TOKEN_TO_BE_REPLACED 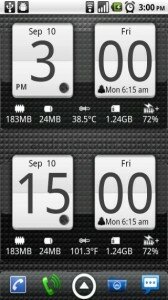 Mobile phones are now not limited to mere receiving and making calls, rather it has now become a whole gadget geared with all the tools of communication, music, internet browsing, multimedia applications and an entire virtual world within the palm of your hands. What makes this possible is the use of various mobile operating systems that helps a user to experience something more than traditional mobile services. One such operating system is the Android OS developed by Google and designed specially for mobiles, which aims to provide a rich experience for mobile phone users.

Android was built on the basis of developing applications that could make your mobile phone act like a mini PC, encouraging you to perform multimedia activities, without much of a hassle. Android is built on the open Linux Kernel and it integrates in itself a virtual machine that merges memory and hardware resources in a cell phone.

END_OF_DOCUMENT_TOKEN_TO_BE_REPLACED

According to Sony Ericsson producers, Xperia X10 is the mobile phone that will help increase the market share and compete effectively with other competitors in the market. It is the first Google phone being introduced by Sony Ericsson in 2010.

This phone will include Google’s Android software, with a touch screen display that is 4.0 inch wide. Other important qualities consist of 8.1 megapixel camera and a Qualcomm 1GHz Snapdragon processor. It is due to these features that Sony Ericsson producers are expecting high demand for this product.