END_OF_DOCUMENT_TOKEN_TO_BE_REPLACED

For shopaholics, this app would be the most loved app on their Android Phones. With the help of your phones camera, Google Shopper helps you find the product information quickly. This means with the camera can recognize the cover art of books, CD, DVD’S and video games and even speak the name of the product you’re looking for. Shoppers use this in order to make smart decisions about what needs to bought, at which price and where to buy it from.

Why Google Shopper might be recommended against other apps is because of this ability to find the cheapest product for you at the right price which the other app’s might not be efficient with and would also take time. END_OF_DOCUMENT_TOKEN_TO_BE_REPLACED

No matter which part of world you’re living in, your Android phone will keep you entertained and won’t let you feel alone. Besides having a great MP3 player, your phone can literally turn into a entertainment centre looking after all your needs. 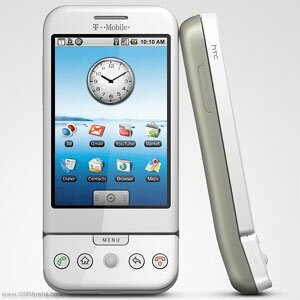 Your portable media centre can be synced with various applications ranging from different categories. It could help you sync your entire media library, help create your own music and videos, also be able to stream live radio and video’s etc. All in all, this phone would cater to all your needs hence proving to be more than just any ordinary phone. Below we have analyzed few of the applications that will give you a media entertainment experience that you never would have imagined ever before since it’s all possible with Android.

This is one of the top leading applications as it is designed for use with your Android phone. Unfortunately, this software is not available in market as it is a desktop application for your Mac or PC. One of the most important features of this app is that it helps you convert any media file to the required format but just dragging and dropping it. Recently they also launched its own media player which would work on your android phone and has a very slick look. However it’s still missing some certain things which hinders its progress from being the best media player. END_OF_DOCUMENT_TOKEN_TO_BE_REPLACED

5 Things That Google Should Try to Improve

Google has got its fame world wide. Through Google we can search and find whatever we want. But along with this there are many things which they should improve. There are plenty of smaller things  which Google should  fix. Just like in Android. The first thing which Google needs to improve is that:
More consistency should be present:
This is the biggest thing which Google should correct which becomes very annoying for everyone. If you make a spelling mistake while searching  for an app in Android market, Android does not correct you. This becomes annoying because while you search a thing you need to have its correct spelling and when Android does not correct it, this irritates many of the users. They need to improve this rather then coming up with stuffs which annoy people and are complicated. END_OF_DOCUMENT_TOKEN_TO_BE_REPLACED
google 0 Comments

Android is now the ruling mobile operating system, as it is entirely open source and each day, new applications are being constantly added to its platform, making it the most flexible mobile OS ever. Though it has been around just for a year or so, it’s applications market has grown tremendously and each day developers are adding to the ever growing list of applications, that could make your cellular life a lot more fun and exciting than just mere phone calls and text messages. It is therefore hard to keep any standard list of which app is the best and which ones score the top ten charts, as each user states his own experience with the various apps. However, here is a brief look into some of Android’s top apps, compiled from hundreds of Android apps.

1). Internet browsers: One of the most innovative ideas is that of integrating browsers such as the Opera Mini and Dolphin browsers to the cell phones. This allows you to have full access to websites just like you do on any regular PC. It is not limited like built in traditional mobile browsers.

END_OF_DOCUMENT_TOKEN_TO_BE_REPLACED

Top Seven Apps For Nexus One

The long awaited Google phone, Nexus One, successfully fulfilled all our expectations. Just as predicted, it is giving the iPhone a tough time, appearing as its competitor.

It has now acquired a large share in the market. So here is a list of the top seven applications that will make your Nexus One more useful.

This app a good substitute for the stock dialer present in Nexus One. It enables the user to search for a contact using dialpad alphabets, giving details about the last call logs, which can be set by the user by specifying the time period ranging from 1 week to unlimited entries.

This clever little app lets you write on the screen with your finger when you want to search for a contact and feel too lazy to use the keyboard. You can also configure it to work with the browser, apps and music folders.