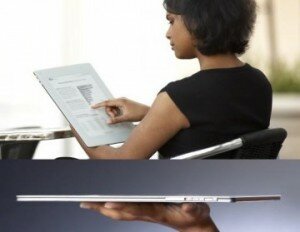 They are more easy to carry and can save great space. END_OF_DOCUMENT_TOKEN_TO_BE_REPLACED

The Kindle holds the title of the best selling product of Amazon.com in the last year. What makes it so good is that it is widely considered the best e-book reader. The 3G version comes for US $189, and the Wireless Fidelity comes for only US $ 139. The product has a very chic look and a 6 inch screen. The battery time is also quite high and can last for almost a month.

What really makes the Amazon Kindle unique is that it is the only e-book reader who has so many features and applications. The ever popular gadget is a very happening product, and that is why it deserves some spotlight. Every gadget is incomplete without its accessories and supplementary items. The Kindle too have created a lot of hype in the consumer market, and that prompted companies to manufacture newer accessories. The Kindles accessories make e-book reading even more enjoyable and easier. The following are the best Kindle covers, cases and accessories out there that consumers would want to know about.

This product is what Amazon itself created for the Kindle; it is called the Kindle Lighted Leather Cover. The leather cover has a very normal look yet it is a cool accessory to have. The cover has a light for reading in low light. The source of power for the light is the Kindles own battery. This is a compartment within the case that contains the LED light slide. The cover is made of leather from the outside and on the inside, there is soft micro fiber that protects the Kindle’s screen from scratches. Setting up the whole thing will not take more than half a minute. It is fairly easy to handle. The Cover comes in seven colors that include black, burnt orange, hot pink, apple green, burgundy red, chocolate brown and steel blue. The retail price is US $ 59.99.

Some consumers might think that the Kindle lighted leather cover may be too expensive. The Kindle Leather cover is a good substitute for the Lighted version and also comes in at a lot lesser. Retail price is only US $ 34.99 making it much cheaper than the lighted one. Like the cover mentioned before, this one is also an Amazon official. Coming in the same seven colors this version is the same. It is even set up in the same way as the other. E-book readers! Be on the look out for this product. It’s good value for money, and it serves the purpose it is designed for.

The Belkin Grip Kindle Sleeve is fundamentally different than the Amazon ones in a few ways. First, it is manufactured by Belkin, a computer hardware company and not Amazon. Secondly, it is not a cover at all. Rather it is a sleeve case that you can carry with the Kindle. The Kindle stays safe during traveling, etc. It is available in different colors, including purple plum, coral pink, black and midnight blue. The outside of the sleeve is designed to give a firm hold, and the interior is made up of material who can provide some protection and safety to the product. All this comes in at US $ 24.99.

This product is a black cover that comes with leather exterior and micro-suede interior to make the experience of e-reading better for the customer. It holds the kindle with four holding points. Another book lighter called the M-Edge e-Laminator can be bought a US $ 19.99 to help read in places with less light. END_OF_DOCUMENT_TOKEN_TO_BE_REPLACED

END_OF_DOCUMENT_TOKEN_TO_BE_REPLACED 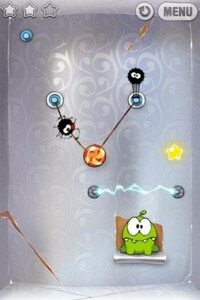 END_OF_DOCUMENT_TOKEN_TO_BE_REPLACED

What Should You Buy, Amazon’s Kindle Or Apple’s iPad?

During the last year, Amazon’s Kindle, which is an eBook reader compatible with Amazon’s huge collection of eBooks, remained the bestselling product in Amazon.

With the release of the Apple’s iPad, the Kindle is sure to receive great competition. Realizing this in time, Amazon has opened up Kindle for App development.

Therefore, before deciding on which one to buy, you should definitely do a comparison of these two devices. Here are some comparisons to help you decide which one is better.