HootSuite enables users to build many social network streams on one interface screen. Hootsuite app offers a different feature for all you people who operate on different social networks simultaneously. But it is kind of difficult for people who aren’t good at classifying information. END_OF_DOCUMENT_TOKEN_TO_BE_REPLACED 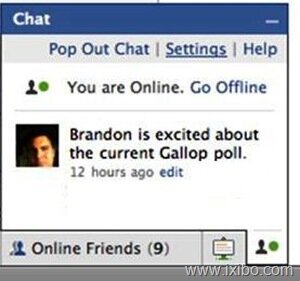 Web Applications, 10 of the Best!

Pandora is a great radio station, which not only plays your favorite music, but also plays any song you name, or if it can’t find it, it’ll play songs similar to the one you named. It uses an advanced system to play songs that have similar rhythms, beats, and music to whatever you type in. You can create an account enabling it to keep track of all your personal radio stations. And It’s free too!

With Hulu, you can use your computer as your television set. There is no need to install any software or make an account. Just go to the website and see your favorite video clips, full TV episodes and seasons, and even feature-length films.

END_OF_DOCUMENT_TOKEN_TO_BE_REPLACED

Here is a list of the top 100 free applications available in the iTunes App Store. The top 100 have been decided by looking at the number of downloads by all iPhone users in the United States.

END_OF_DOCUMENT_TOKEN_TO_BE_REPLACED

Do you wish for a phone that provides you all the applications you require free of cost? Your awaiting moment is now over because blackberry smartphones now bring you a range of free Blackberry applications that you can download easily and make your phone more productive. These phones provide variety of applications which will be discussed below in this article.

The following are the 10 most exciting free applications accessible through Blackberry smartphones.

This free Blackberry application is accessible in Pandora. It allows you to perform almost all the functions that can be performed on the desktop version .

Its functions include generating new stations, listening to station generated earlier, rating songs and many more. You can download it through your Blackberry’s browser from http://www.pandora.com.