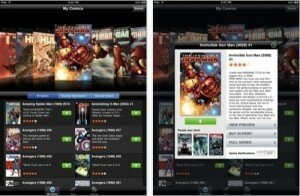 The Pandora’s iPad app is sticking to its basic customized radio feature. It provides artist info along with your playlists.


The music is unlimited and exceedingly well-chosen. It is free. 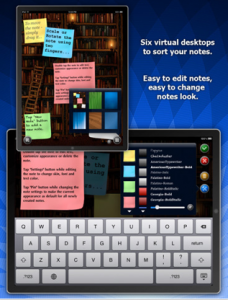 iWork is an app that has no competition for now. Although, some competition is expected in the presentation app, word processor and spreadsheet arena, for now iWork is holding steady. The Numbers, Pages and Keynote suite cost $30, or $10 each separately.

The Elements: A Visual Exploration:

An app that makes you fall in love with the periodic table. It includes vivid, animated illustrations that depict the substances our world is made up of. It is still a bit pricey at $14.

This one is a useful app. It writes as you speak. The best part is that it is free.

If you have a mathematical mind, then this app deserves to be tried out. Based on the Wolfram website, it is a highly smart mathematical search engine and calculator. It was once available for iPhone for $50. Not quite so pricey now, it only costs $2 for the iPad. It looks great.

The presentation of the earth by the very people who are obsessed with documenting it. It includes input from some veterans. It costs $2.

The Epicurious app is a vast database of tremendous recipes. You do not have to look any further than this, although many iPad cookbooks will show up in the App Store. This one is free.

Kayak app is a large travel planner. With this one, you can now book your airline tickets and make travel arrangements on your iPad. It is free.

The app provides data from the source that has provided information in all fronts, Wikipedia. You could say that the app does a better job. This is a free app.

The IMDB app serves the same function as the website. Now the endless movie database is available on your iPad with this app. It is absolutely free.

Brushes is a full-featured app that includes everything to do with painting, drawing and scribbling. It is enjoyable, yet a bit toy-like. This app will appeal more to kids than serious artists. It costs $10.

The Sketchbook Pro is an app for the serious artists. It is a powerful app and a bit more complicated than Brushes. Artists who are serious about their work will definitely appreciate it. It costs $8.

The Ebay app provides the same uses the website does. You can buy and sell stuff from your iPad. This is a free app.

You can control any computer in your house wirelessly by downloading this VNC client. Find out how your iPad can run OS X, Windows or Linux. It costs $12.

Bento is an app that is a portfolio, life organizer, scrapbook and general information receptacle, all at the same time. It costs $5.

If you are interested in having a voice recorder for your iPad, then this is the app. It records sounds quite nicely and is free.

This is an app that enables you to use your iPad as a second monitor when it is docked. You can do so without messing with the complicated manual VNC setups. It has some bug issues for now, but the developers say fixes are coming. It has been developed by the same firm that does IM+. It costs $5. 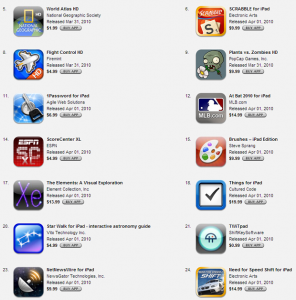 The objective of this game is to make sure that your planes do not hit one another before they land, by tracing their paths with your finger. It was a natural fit for the iPhone. Yet it is an even more amazing fit for the much larger iPad. It costs $5.

This one is a simple tower defense game. Though the concept is a bit weird but the extra space in the iPad opens this game up. The goal is to plant a variety of monstrous foliage in order to stop a horde of zombies from invading your house. It costs $10.

This one was the classic tower defense game for the iPhone. For the iPad, it is even bigger. It costs $8.

All of us have played scrabbles and had a good enough time at it. The Scrabble app for iPad lets you enjoy the treat on your iPad. This is an animated version of Scrabble. For the iPhone, it can be used as a letter tray. It costs $10.

The Mirror’s Edge app is an adaptation of the game that came out on Xbox and PS3. It is a game that includes everything from sliding and jumping to shooting. When the game came out it had made a number of people motion sick. The app costs $13.

Civilization Revolution is a classic strategy game, loved by all who like this genre. Now it is available for you on the iPad. The app costs $13.

The Labyrinth game on the iPhone was loved by all and enjoyable even as time passed. The reason was that it kept getting more and more complicated. Not just a simple marble rolling game, there was a lot of dodging going on. There weren’t only the holes you had to avoid, there were winds, lasers, cannons and security cameras you had to dodge. In addition to that, there were some amazing 3D graphics. The iPad app costs $8.

Remember the game that we loved to play as kids. Well, there is a Uno app out for the iPad. Forget about all the technicalities like flash and multitasking, kids still only care about playing Uno. This enjoyable app costs $7.

This app provides the extremely popular space shooter and puzzler game. While the game was fantastic on the console, it is even better with touch controls. It costs $10.

There were always going to be piano apps for the iPad. Here is a bizarre contorted version that works as a game. It costs $3.

Guest Writer - who has written 2 posts on ixibo.