This is not according to the expectations of the researchers. Moreover, this is involved to start a chain reaction. Theoretical physicists are calling it ‘Ice-9 type transition’.

It was found that strange matter is swelling very small amount. This happens within very small interval of time. The ‘strange lets’ are started to demolish all the atomic nuclei of positive charge. The globule of this reaction continuously increases and consuming the accelerator and everything around it. This is clearly showing the Ice-9 type transition at this time. It is suggested that it can be destroy the earth in a very few seconds. 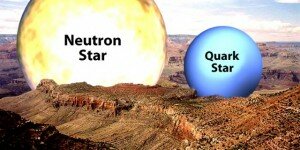 People are generally not aware from this situation. Everything including human body consists up of atoms. All of the conventional atoms are enabled to exist due to this fact. Every atom on this earth would be opposing each other like the same charges. So, it would be operated similar to an explosion. Therefore, this earth can be converted into a very different matter as a result of this explosion.

This is still not happening at this time. However, it would be possible in the near future if it admitted truly. Strange matter is considered as very unstable. This may happens in very short time. This is not required much enough time. However, it is suggested that strange matter consists up of positive charges and these charges are not so dangerous. But stragelets would merely get some electrons from its surrounding atoms and can start a chain reaction.

There is no surety that it would happen or not. No one can predict the happening of this strangeness. However, scientists are very keen to find the reality. There might some possibilities lie with this fact similar to the other past events.