You therefore, try to search the application with the help of keywords. It is, however not an appropriate method to look for the mobile applications.

IPhone 4 users are already using iMovies. Now the Android is also equipped with the similar application of green monster. Some of the Android phones, such as Galaxy S, Samsung will also acquire 720p video skills. It will also enhance the demand or some proper video editing capabilities.

Though there are few of video editing apps are available for the Android phones, but none of these are comparable to the flashy Apple’s iMovie. 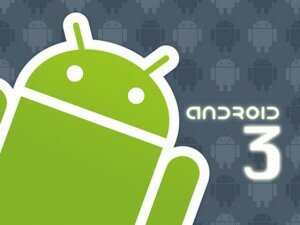 Apple’s iPhone has been under a tremendous criticism of customers before the arrival of iOS 4 owing to the bottleneck of its multitasking skills. To be very honest, android is also not a better option either. You have a little command over your generally used apps. It has also raised the requirement of a suitable task manager to get rid of these applications. The apex would be to run two applications on one screen, each in a panel.  However, for that purpose you require a 4 to 5 inches screen.

Though the Google maps present a very good GPS solution, but it really cannot be compared with the separate devices offered by the ‘Garmin’ and ‘TomTom’.  The customers are therefore, looking for more resourcefulness in Google Maps applications.

If you properly know the Android market, then you may easily get a remote desktop application on your mobile set. To get these worked properly on the other hand is not an easy job. The remote desktop software would give you access to your PC screen form your mobile with an internet connection.

Since Android is a Google based system, hence it offers combination with many of the Google services. Google Mail and Google Maps are at the most common one. Still Google Documents have not been completely incorporated into Android. As a Google Mail user, you may use this service for sharing the work and docs with friends and colleagues.  Android fans therefore, also like this feature.

You may like have a universal remote at some point in time, if you own a complicated home cinema setup. These are, however, not that cheap and quite difficult for programming.  By building in this function in Android phone can resolve the problem.  If Google managed to ally with a big company like Logitech (with its incredible database of devices), Android could win a lot more popularity with this feature.

Android still cannot compete with Apples iPhone in music and movie feature. The iPhone has built in iTunes that offers millions of tunes and thousands of movies at a nominal price. The Android, however, let you freely move media to your phone.  All that required is a better media player and podcast support.

batool - who has written 937 posts on ixibo.