Risks of Experiments With Protons And Particle Accelerators

The large hadron collider (LHC) is the world largest and highest energy particle accelerator, lies in a tunnel 27 Kilometers beneath the franco-swiss, border near Geneva. Principle of LHC is to accelerate two beams of particles and the beams are directed each other so that the particles collide while flying in opposite directions, this process can be used to make strange and anti-matter. LHC was built by European organization for nuclear research with the intention of testing various predictions of energy physics. It will revolutionize our understanding, from the minuscule world deep within atoms to the vastness of the Universe. 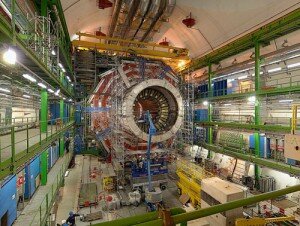 In particle physics knowledge about elementary particles by accelerating particles to very high kinetic energy and letting them impact on other particles, which result in a reaction that transforms subatomic particles into other particles. Operational time line occurs in stages, first hadrons are accelerated in order to gain energy and this acceleration continues till the hadrons reach up to colliding energy level. Experimental collision energy of 7 TeV has been achieved. Experimental analysis is obtained through detectors which provide relevant data relating to anti-matter and conditions produced after big bang. 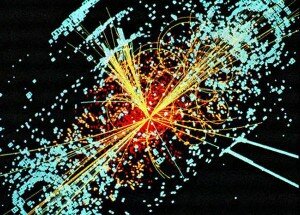 During LHC experiments particle holes are produced, which comprise of strangelets and monopoles. Staranglet is a hypothetical particle consisting of bound state of roughly equal numbers; its size would be a few femtometers to macroscopic. Stranglets have been suggested as a dark matter candidate, while monopoles are hypothetical particle of magnet with only one pole. Also micro black holes are also produced which are very small in size and have expected to have high velocity.

The outcome of several studies predict that hypothetical micro black holes evaporate by Hawking radiation and according to LSAG, even if micro black holes were produced by LHC and were stable, they would be unable to accrete matter in a manner dangerous for earth. In another scenario Ultra high energy cosmic rays are impacting earth’s atmosphere over billion of years with energy higher than those of LHC does not have any hazardous effects.

LHC experiments have the potential to create low velocity micro black holes that could grow in mass or release dangerous radiation leading to the destruction of matter. Other claimed potential include the creation of theoretical particles called strangelets and magnetic monopoles are basis for any conceivable threat.