The twitter app for iPad has been released and its official. Twitter has just announced the service’s official iPad app. This app is free cost and comes with a slew of touch interface bells and whistles built right in. The basic purpose of this app is help seamless navigation between all its tweets, photos, webpages etc. This app could also be accessed by those who don’t have an account yet. 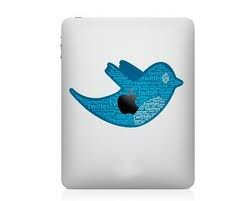 The main purpose of this app was to make it stand apart from other social networking app’s and wanted a device that allowed its content to shine. This app also has a few different features which haven’t been seen else and are custom designed for the larger screen and touch capabilities of the iPad.

Further on, with the help of tapping or rather touch screen, the user can access its content and if you tap on a tweet then that would open a pane to the right. What you would see on that pane depends on your content whether its a picture, video or maybe a news story. iPad also helps with viewing video in full screen by just pinching in since this app is optimized for media viewing on the iPad. Since iPad allows you the touch feather, therefore this app maximizes your utility as alot could be done using this app. If you pinch a tweet then that would show you the details of the authoer and also give you a list of options including reply or retweet.

Sohaib - who has written 38 posts on ixibo.