The design for Dell’s Vostro 3300 comes from the original Dell Adamo which was light in weight, however Dell’s Vostro 3300 is heavier than the original. This laptop comes under the category of Dell’s small business laptops and is priced at $599 which could go up based on your requirements for the configuration. It has a 13.3inch LED-backlit screen which has become a common preference now days by the users and weighs over 4 pounds due to its 8-cell battery which does not create much problems for you while carrying it around. 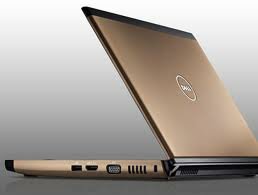 The laptop is configured with a 2.4GHz processor and it could go up to 2.93GHz if run in turbo mode with one CPU core active. It has also nVidia’s discrete GeForce 310M graphics processor which would help you take advantage of features such as Windows Aero and DVD playback. However, for gaming, this might not be the best graphic processor since it does not take advantage of nVidia’s optimum automatic GPU-Switching. 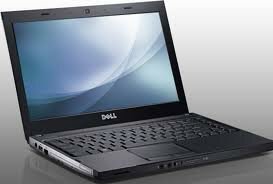 When the test for this laptop was done, it posted a score of 112 on WorldBench 6, which is slightly above average. This is not an exceptional result for such a laptop. As mentioned about games earlier, it would be advised to run them with DirectX 9 mode. You would still be required to decrease the game’s graphics features to get good performance. The lack of glossy finish on the display provides a weak link for this laptop, however after testing some HD files and DVD’s, the result was quite decent.

Coming to the audio side of it, it fails to impress much since it only has one single speaker on the left side which makes it tonal balance far from accurate. Therefore to enjoy your audio, the best solution would be to use headphones or in-ear phones. It offers you thee USB 2.0 ports, of which two are placed on the right side and one of the left side. One port is a combo USB/eSATA port. Reading memory cards on the laptop is a option since it offers you a 5 in 1 flash memory card reader.

From the network connectivity perspective, it lacks wireless broadband capability, however, it does offer you Wi-Fi connectivity and also a gigabit ethernet port. During the test, the processor and ram were also tested which showed average result because those who love to multi-task then for them this laptop might be suitable because despite opening 31 active tabs on Google’s Chrome browser, the typing seemed responsive.

Therefore, if you are a person who just has to perform smaller tasks then this laptop would be recommended, however if you have to perform complex tasks then we would advise you to look for another laptop.

Sohaib - who has written 38 posts on ixibo.