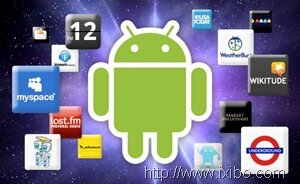 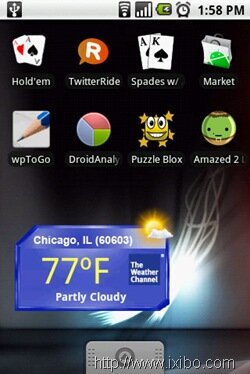 In utilities the best one that you can find is Weather Channel. Surely you will get complete weather update on it in morning before you look out in the sky.

This app gives you accurate weather conditions like wind speed, UV index, humidity and it also provide you hourly and 10-day forecasts which makes easy for you to plan for upcoming days. In advance features it haves animated weather radar.

Make your phone different by having different display skins. Open Web works like Windows Blinds of Android, because of this application you can reskin the interface and tweak options. 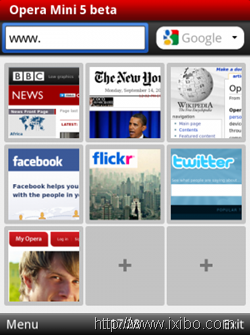 Opera Mini boosts the speed on the iphone and it also delivers the same shot of adrenaline on the Android. It does really boost the speed of internet by using the Web special servers that compress pages prior to sending them to your phone. Although it uses less bandwidth even then pages appear quickly in a shorter time.

Dial Zero is a handy application that keeps the index of over 600 companies’ customer service numbers with explicit directions.

Softrace a clever application that keeps track of your workouts in real time and it keeps you up to date for competing virtually.

Doodledroid is a sophisticated painting app that keeps your brain battery charged. This application is having 21 brushes with different colors, speed sensitive capacity, and for accidental swipes there is multiple undos option. 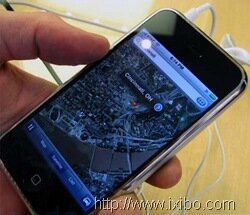 Google Maps a handy app that meets your need about geographic locations such finding a nearby restaurant or bar. You will find in that 3D terrain, satellite and street overlays, also custom tailored phone features such as voice search and multi-touch.

Alice keeps you up to date regarding your favorite singers and bands by plugging into Last.fm and Bandsln Town. This application helps you to buy the ticket before hand, so you won’t miss the show when your favorite band is in your own place.

Layar Reality Browser layers the information in real time over images which are captured by the phone camera, such as historical pictures of the city where you living, landmarks and buildings.

Astrid is also known as Android’s Simple Task Recording Dashboard. This app makes easy for to keep running to-do lists and organizing them in your phone. It combines cleanly into whole Android interface. It haves reminders also that keep you motivated. 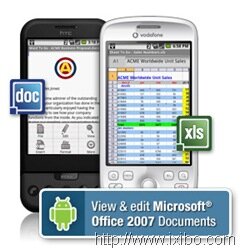 This is in real a powerful productivity app that allows you to edit and view .doc, .xls, .ppt and .pdf files on your phone.

Sometimes it gets difficult to make multiple text messages for telling friends about a get-together. E-Ventr Lite makes such thing a lot easier, you just put the details and invite the friends.

There is no doubt in that traveling is a complicated thing. Because a person can’t remind all in memory about flight confirmation number, hotel address, different phone numbers and most of all it becomes more difficult if we note the details down on papers. Then it will become problem for handling those papers. But this Triplt app is really useful, it keeps all information in a neatly way and it can also generate itineraries automatically by e-mailing it confirmations from different travel organizations.

Cab4Me app is just like a magic trick for you to have a cab when you are in other town or city. With just single click it will show you the details about the available cab companies in the town and how many cabs they are having. It will also tell you that what type payment they will accept.

When you are having every NES game in your pocket then it’s really hard for you to be bored. Nesoid is a full Nintendo emulator for the Android and makes it possible to never let you to get bore. 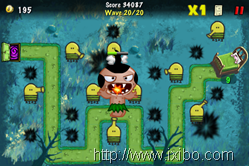 Doodle Jump is a challenging game in which you have to take a hop-happy little blob of a character as high as you can on a series of platforms by tilting your phone back and forth to land on the right place and to avoid it landing on the black hole and also avoiding the aliens and UFOs along the way.

Though this classic tower game looks simple but its outstanding neon graphics and attractive game play makes you to play it again and again.

This is a one of its kind puzzle game that dumps the players into an abandoned bathroom, and player have to explore and escape from that place by using his own intuition and tools that he’ll find on the way. Its creepy and atmospheric game play makes it unique.

This game is one of the top games in the Android game charts. Even though it’s a dupe of PopCap’s classic Bejeweled but still it’s a beautiful game that keeps the player being attached with it for hours.

Through Qik app you can upload live video footage from your phone, anywhere you get sufficient coverage. 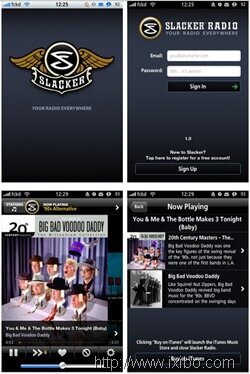 Slacker radio is having the ability to cache songs locally instead of streaming them; your phone will upload the upcoming songs when it will get the reception. That will allow you to keep listening even in the subway.

This is one of the favorite streaming music app through which you can tune every station of your own choice. Pandora Android version lets you multitask unlike the iPhone version. 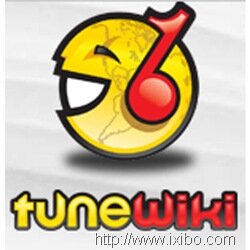 TuneWiki is having advanced features such as building a play list of the top 50 songs of the week on You Tube. It plays all the same music files off your phone’s memory or microSd card and syncs them with lyrics which scroll on your phone’s screen.

Though You Tube is great but it doesn’t provide the current information that what’s happening around the world. SPB TV app gives you access to more than 100 live TV channels from 17 different countries.

One Response to “Best Android Applications”