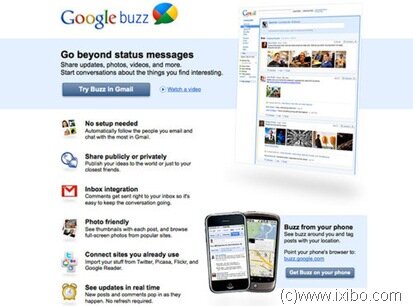 
The good thing is that the web based interface blends in perfectly with the Gmail optimized webpages that iPhone users are familiarized with.

Google Buzz has been made available now and should come up in your google account as a new tab.

What is Buzz application on HTC phone?