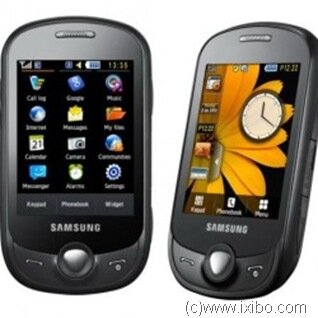 
Although the overall appearance of the Samsung Genoa C3510 is not really eye-catching, but this doesn’t necessarily mean that it won’t find its place in the market. The phone has a nice build quality, and the device doesn’t feel cheap in your hand, which is quite a great quality at this price.

Most of the Samsung touch sensitive phones use the TouchWiz interface. There are several different versions available and currently, the Samsung Monte S5620 is running the latest edition. If you compare the Samsung Genoa C3510 to it, it is definitely a generation or two behind, as there isn’t any multitasking functionality possible, and there is lack of social networking widgets.

With the advent of 12 megapixel cameras in mobile phones, a 1.3-megapixel camera sensor doesn’t sound much attractive. However, it can fulfill the basic requirements of a digital camera, enabling you to take good enough snaps.

The Samsung Genoa does have a few great aspects, such as the great in-call quality, and the long battery life. According to the manufacturer, the battery is capable of providing 10hrs of continuous talk-time and can keep the device operational for up to 720hrs in stand-by.

One Response to “The Samsung Genoa C3510 Mobile Phone”