Energize Your Mobile Phone With Your Finger 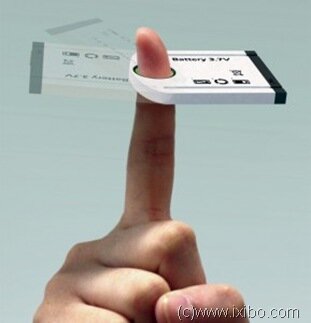 The charging process is very simple and uncomplicated. Just remove the battery from the back of the phone, whirl around your index finger, charging the battery enough to last you a conversation or a safe trip to your charger and electric point.

The designers have claimed that if you spin the battery round roughly 130 times, you should get enough charge to last about two minutes of talk time.