Lenovo And Samsung Hold Off On ION Shipments, Waits for Windows 7

Yesterday, it has been announced by Lenovo that it would wait for Windows 7’s availability before shipping its IdeaPad S12. The IdeaPad S12 comes with the features  of NVIDIA’s ION technology that is paired up with an Intel Atom N270. 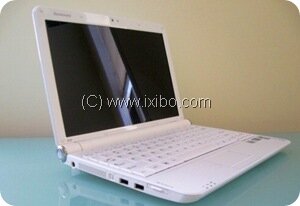 Now it is anticipated that the Laptop will be shipped at the end of October. It has been decided by Lenovo that Windows 7 will sell better than Windows Vista on their laptops.


It has been confirmed by the folks at lilputing that Samsung will be holding off as well. The Samsung N510 was to be it’s flagship ION laptop, but was slated to use the ION LE graphics core; only DirectX 9 is supported by it.

Despite of everything, as they have delayed, and if Samsung would be waiting until October, then they have enough time to create a model having the higher end ION. Thus it would give Windows 7 the DirectX 10 support for what it’s built.

So knowing all this it looks like Windows 7 has caught the eye of some of the largest computer manufactures in the world.